Scoliosis is described as a C- or S-shaped abnormal curve of the spine. The curve may bend to the left or right sides. The abnormal curvature is usually apparent when looking at the patient from the front or the back. For years the treatment of scoliosis focused on the frontal curve. As knowledge and the treatment of scoliosis progressed, surgeons developed ways to measure and classify abnormal curves. One system is the King Classification System, which identified five different types of thoracic scoliosis curves but only considered the front plane x-ray in the assessment. 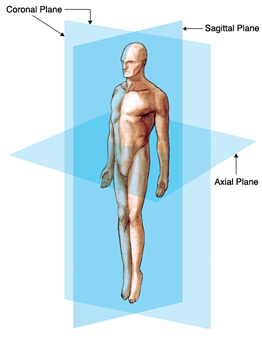 Dr. Lenke recognized the need for and pioneered a more comprehensive method to categorize scoliotic curves.

Today, surgeons view scoliosis as a complex, three-dimensional deformity that affects the spine’s balance in the frontal or coronal plane, and the sagittal and axial planes.

As a vital member of a multicenter scoliosis study group in the early 1990s, Dr. Lenke began work on a new, comprehensive radiographic classification of Adolescent Idiopathic Scoliosis (AIS); the most common form of scoliosis encountered. Initially, all three planes; the coronal, sagittal and axial were included in the system, but the axial was eventually excluded due to inconsistent reliability of measurement assessment. Thus, a two-dimensional system call the Lenke Classification System was formed and published in the prestigious Journal of Bone and Joint Surgery in 2001.

The Lenke Classification System provides surgeons with a simple, accurate and reproducible way to communicate about scoliosis. It relies on measurements taken from standard radiographs (x-rays). The surgeon evaluates x-rays of the patient from the front, side, and in bending positions. Each scoliosis curve is then classified in three ways:

Every aspect of the curve is also evaluated for its relative stiffness or flexibility on side bending x-rays. The triad system, therefore, combines the curve type (1-6) with the lumbar modifier (A, B, C) and the sagittal thoracic modifier (-, N, +) to form the complete classification. For example, the most common type is a 1AN curve classification.

View an illustration of various curve types in the Lenke Classification System:

View a chart describing the criteria for each curve type:

Why the Lenke Classification System is better

The Lenke Classification System helps surgeons acquire a complete picture of a patient’s condition by understanding scoliosis as a multi-dimensional problem, and considering it from more than one view. This enables surgeons to focus treatment where it is needed and optimize the patient’s curve correction and balance.

Dr. Lenke’s method provides a type of detailed shorthand that improves surgeon-to-surgeon communication using a widely understood set of criteria. This helps surgeons participate in and convey their research, as well as exchange diagnoses and treatment plans.

The Lenke Classification System is widely accepted and utilized by the majority of scoliosis surgeons worldwide. It is commonly referenced in professional literature and is taught in surgical training programs everywhere. Dr. Lenke continues to work with other spine surgeons to improve diagnosis, research, and classification methods.

To learn more about scoliosis, you are invited to visit the following websites: