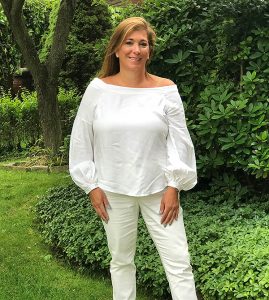 It was the week of my 30th birthday when I threw my back out. At the time, I was in the best shape of my life, working out 4-5 days a week. Everyone kept saying, “Work through it. You aren’t stretching enough before you work out. Go to a chiropractor. Have you tried acupuncture?” I tried just about every non-surgical form of pain relief I could think of or others thought of for me. The pain just kept getting worse. By the time I went to my first surgeon, I couldn’t stand. I was constantly self-medicating myself.

The first surgeon I went to, who will remain nameless, met my parents and me a few days prior to my scheduled surgery. We were in this small room and he walks in and says to us, “I have good news and bad news. Which do you want first?” Now I know he had a meeting the night before with his entire practice which included, at the time, the two best surgeons in Pittsburgh. I also know that the team discussed in detail how my surgery was to be performed, how every detail was to be handled. So this nameless surgeon continues to say, “The good news is I’m not operating on you and the bad news is you can blame your parents.” He then suggested I start exercising! At which point I responded, “I work out 4-5 days a week now which includes a personal trainer once a week. What more should I be doing?” I was devastated! My parents and I left that meeting, walked across the street to a restaurant, and I just cried. I couldn’t believe what had happened to me. 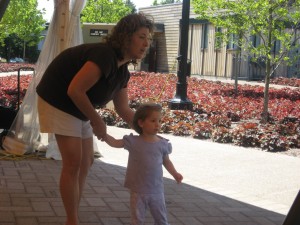 My mother, and may I say I have the best, worked in the university hospital setting at the time. She called a few high placed contacts and repeated what had just happened. Within minutes, we received a call back that said, “Go to doctor #2 tomorrow, 9am.” The colleague had called doctor #2 in the OR, told him what happened, and a three month appointment wait time was completely bypassed.

The following day, at 9 am, I’m in the waiting room with my parents. I couldn’t even sit anymore. I had to lie on the floor wherever I was. I couldn’t grocery shop. My mother helped me with everything. I was completely useless at the time.

It’s now time to see surgeon #2. The team walks in and explains my situation to me. I have three vertebrae that never formed properly. I have multiple herniated discs and an abnormal curvature in my spine. I have a congenital issue that at age thirty, I’m just finding out about. They were great. They looked my parents in the eye and said, “We can help. We will make your daughter better.”

The advice I was given was to hurry up, have kids, and when done come back. I was sent to a pain management clinic for meds and was told that when I was done having kids, I needed a morphine pump inserted. I was told that the morphine pump would stop the pain and then, at that point, I would be able to stand up straight and walk again.

Of course, this period of time consisted of MRIs, x-rays, myelograms and nerve conduction tests. The same information was repeated over and over. Too much scar tissue is the reason I couldn’t walk, couldn’t breathe or hold my daughter, Abigail, in a standing or walking position. Abbie was always in a stroller which also substituted for a walker for me. Even if Abbie wasn’t in the stroller, I used the stroller for carrying things like groceries. But mostly, the stroller was used as a walker. And now I was pregnant with my second child, Jacob.

Given that my mother worked in the university setting for a lengthy period of time, she had worked closely with the head docs of all departments, including a prominent orthopedic surgeon. His son, like his father, is a highly respected orthopedic surgeon. My mother trusts the family so I decided, at five months into my pregnancy with Jacob to have an informational appointment. I wanted to assess where I stood and what options I had after the birth. I remember saying to myself, “wouldn’t it be great to have the baby and stay for the morphine pump surgery?”

Now you may ask, how can she carry a child, let alone give birth. Being the youngest of six, I remember the Thanksgiving dinner where my siblings told me I’d never be able to have kids because of my back. They thought I was crazy to try! Abbie was an easy pregnancy. The doctors had one condition; General anesthesia, caesarian section. The old fashioned method! My husband wasn’t allowed to witness the birth of his children because of the intubation.

So I’m five months pregnant, with my husband at my side, and I get the news that rocks my world. As I’m pregnant, the surgeon can only look at the x-rays taken after Abigail’s birth. He tells me that the morphine pump won’t help me. I don’t have scar tissue issues. I have kyphosis. Do you know what that is? I certainly didn’t. Apparently it was all over my medical records but not one medical professional decided that I needed to know. Kyphosis is a condition where you bend forward. I’m now being told the surgery I have to have is not elective. That I needed to be in a wheelchair. That I needed to have this surgery sooner, rather than later. Worse yet, it’s a two day surgery, half on Monday and half Friday. Day one, they will go in through my stomach and part two through my back. What I had just found out is that my previous three surgeries need to be undone and my back needs to be rebuilt.

My husband, daughter and I left that appointment. I remember Mike turning to me and saying, “You have one chance. Now go find the best in the world. You have one shot and it can’t get F—-ed up!”

Every doctor anyone in my family knew was called. They asked every doctor they knew. Research was done to the nth degree. I looked at Baltimore, Philly, LA, etc. etc. I went to NYC to see a prominent surgeon. And then I received the email that changed my life.

My Uncle, who had a good friend whose son was doing a fellowship in the department in NYC I had just visited. (All three are doctors) Anyway, I received an email, simple, plain. Go see Dr. Lawrence Lenke. He is setting the new gold standard for reconstructive back surgeries. This guy is supposed to have hands from heaven! 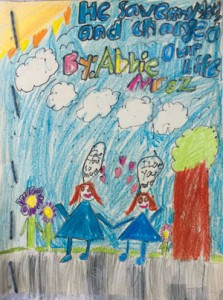 Dedicated to Dr. Lenke, from Abby, “I think to myself how lucky I am to have my mom the way she is and how thankful I am for Dr. Lenke.” (Click image to view art & quote from Abby.)

I Googled Dr. Lenke immediately. I got a number and by the grace of God, got ahold of his nurse immediately. I remember she said, “You have to be accepted into his practice. Dr. Lenke only takes patients with a severe deformity.??? A few days prior I was at a park with my daughter. My husband snapped a rare photo of me, as I had begun refusing to be in photos. While on the phone, I said, “Wait. I’ll email a photo of me taken the other day.” Within a minute I heard, “You’re accepted. Send us your medical records.”

Before I even met Dr. Lenke in person, I had my surgery set, my medical records examined. Everything.

On New Year’s Day, 2008, I packed my car with a trailer hitch, my 8 month old son, my 2½ year old daughter, my husband and I drove to St Louis. My parents flew out a day later and for the next 3½ weeks, my family lived in a hotel room. In that room, I walked in standing 5’2, unable to breathe, unable to walk, unable to fully take care of my family. I left that hotel room, standing 5’7, only a scar on my spine because surgery was performed in one day through my back, able to breathe, able to walk, and able to live a full life.

I am forever indebted to Dr. Lenke. I remember asking him if I would be able to put my kids in a stroller and go for a walk when the surgery was over. To him, it seemed a no brainer. To me, it seemed a complete impossibility. But since that surgery, I can walk, I can ski, I can live a full life. Even to my dismay, clean my house.

And since that surgery, I have had a third child, Simon. I can’t even imagine where I would be today had I not met Dr. Lenke. In my household, the name “Dr. Lenke” means Savior or life-changing. 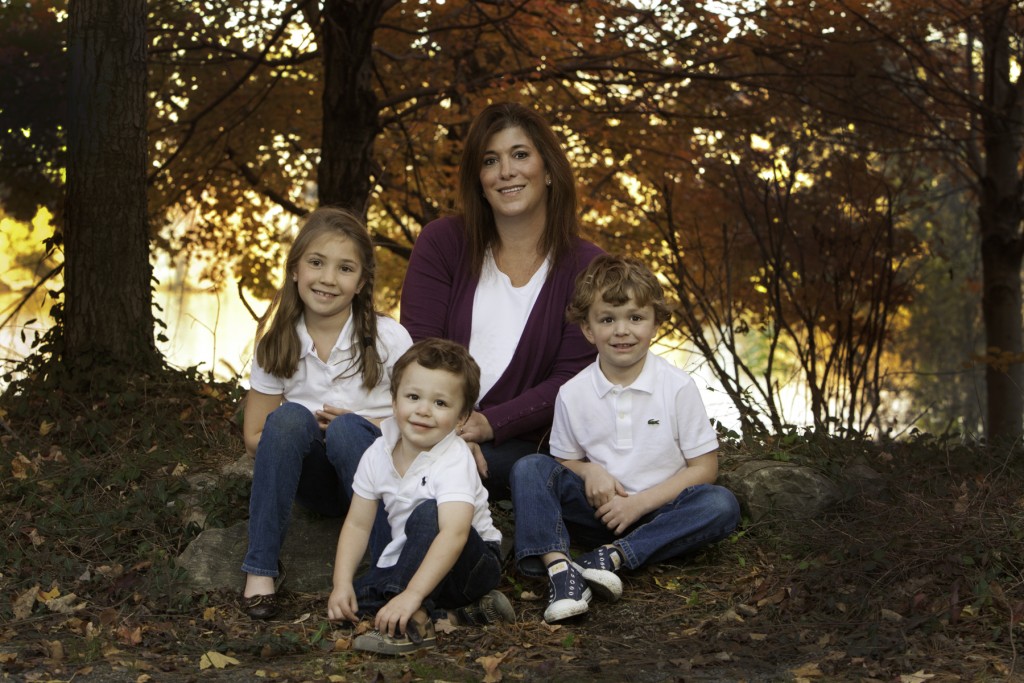 “Dr. Lenke gave me my life back.” —Jessica